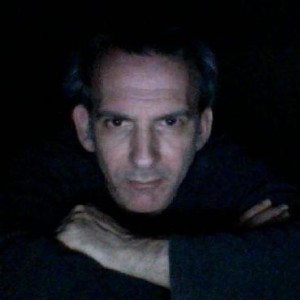 Well maybe not wholly unexpected . . . I’m always on the alert when I find myself in a museum, since exhibits these days, especially science- and math-oriented ones, usually offer some valuable take-away, be it in the UI, the physical production, or the core concept itself. I suppose that since somewhere in the u-gruve roadmap I do envision a “museum installation” version happening at some point, I’m always on the lookout for any value points to be gleaned.

I found myself in the New York Hall of Science (NY SCI) last week, and while there were many cool exhibits (I won’t even start on the Exploratorium-produced “Seeing the Light”), I did a bit of a double-take when I encountered an odd musical device situated within a larger exhibit simply entitled “Connections”.

The device (pictured below), only referred

to once by name in its plaquard as “the music network table”, consists of several regions, each labeled with its intended musical function (“melody”, “counterpoint”, “bass”, etc.). In order to operate the instrument, you have to physically complete a circuit, and then press on the corresponding colored shapes. The connections could be made in any number of ways, with, as you might guess, any number of outcomes.

In a way, it bore a strange conceptual similarity to u-gruve, in that, aside from its physical resemblance to some MixMaps I’ve created, regions had been assigned specific musical functions which in turn all worked together to create a unique piece of music. And what made it playable, as an instrument, was not any particular mastery of they physical object itself, but rather just an understanding of how to connect its components, which is pretty much what listener/participants do while realizing a u-gruve composition.

Unfortunately, I wasn’t able to capture video of any reasonably good quality, due to the “ambient” noise of 200 kids running around . . . you’ll just have to go check it out for yourself. I also have not yet been able to find out who actually created the instrument . . . if anyone out there has a clue, please do drop me a line, or leave a comment, I’d love to know. Well done, whoever you are!

UPDATE, 2015-07-23: @nysci has informed me that the Music Network Table was created by Bert Snow and Jamie Robertson, in 2003 for the Connections exhibit. Just as relevant today as it was then, kudos!